Halls Student Has
A Heart For Animals 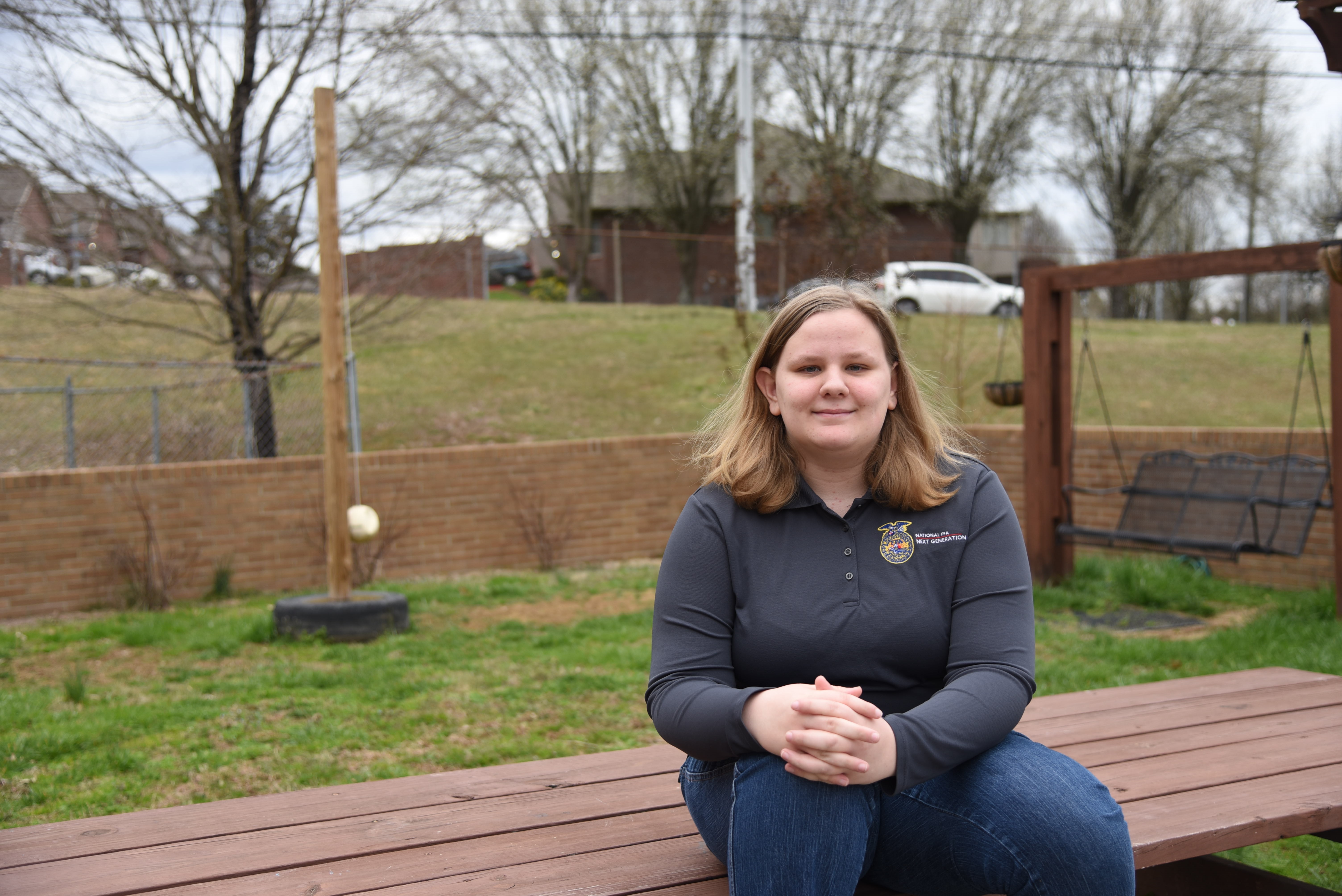 Haley Grisham, a Halls High School junior, was one of 50 students from across the country to attend the FFA "NextGen: Animal Systems" conference last month in Kansas City.

When the FFA hosted its “NextGen: Animal Systems” conference last month in Kansas City, only 50 students from across the country were chosen to participate.

One of them was Haley Grisham, a Halls High School junior who is hoping her love for animals will lead to a career caring for them.

“It was really encouraging because everyone was there to better their future,” she said. “They were all there to learn, to just absorb everything we could.”

Participants were chosen by a selection committee, and learned about topics including emerging trends in animal systems; the use of big data; and regulatory issues related to the field.

Grisham was one of three students from Tennessee who participated. She enjoyed the chance to hear from U.S. Department of Agriculture officials about the agency’s plan to build a National Bio and Agro-Defense Facility in Manhattan, Kan., and she got firsthand experience conducting pregnancy checks on cows.

The event also provided an opportunity to meet students with similar interests, although growing up in the Knoxville area meant her background was different than some of her fellow attendees.

“I can’t remember ever touching a cow (before), but 90% of the kids there raised cows,” she said.

While Grisham didn’t grow up on a farm, she’s had plenty of exposure to animals. Her family owns a Jack Russell-Dachsund mix named “Pancake” and she has several birds, including a “sun conure” -- a type of parakeet -- named “Sunny D.” Grisham also volunteers at Hooves & Feathers, a farm animal rescue organization, and cares for classroom animals at Halls.

After high school, she hopes to attend Middle Tennessee State University and study horse physiology, and she’s considering a career training and caring for wild horses in areas where their population has outgrown the available resources. In the long run, she said, she’d like to own a ranch.

Grisham said she has a knack for communicating with creatures. “I can just go up to an animal, and they understand how I feel, I understand how they feel,” she said. “I just have that connection with them. … I love animals, they’re great.”

Ultimately, attending the conference may help provide a focus for Grisham's existing interests. Patti Keep, an agriculture teacher at Halls, said Grisham is an excellent student, and that the NextGen conference helped her zero in on her interests: “She’s very dedicated to anything that she does,” Keep said.