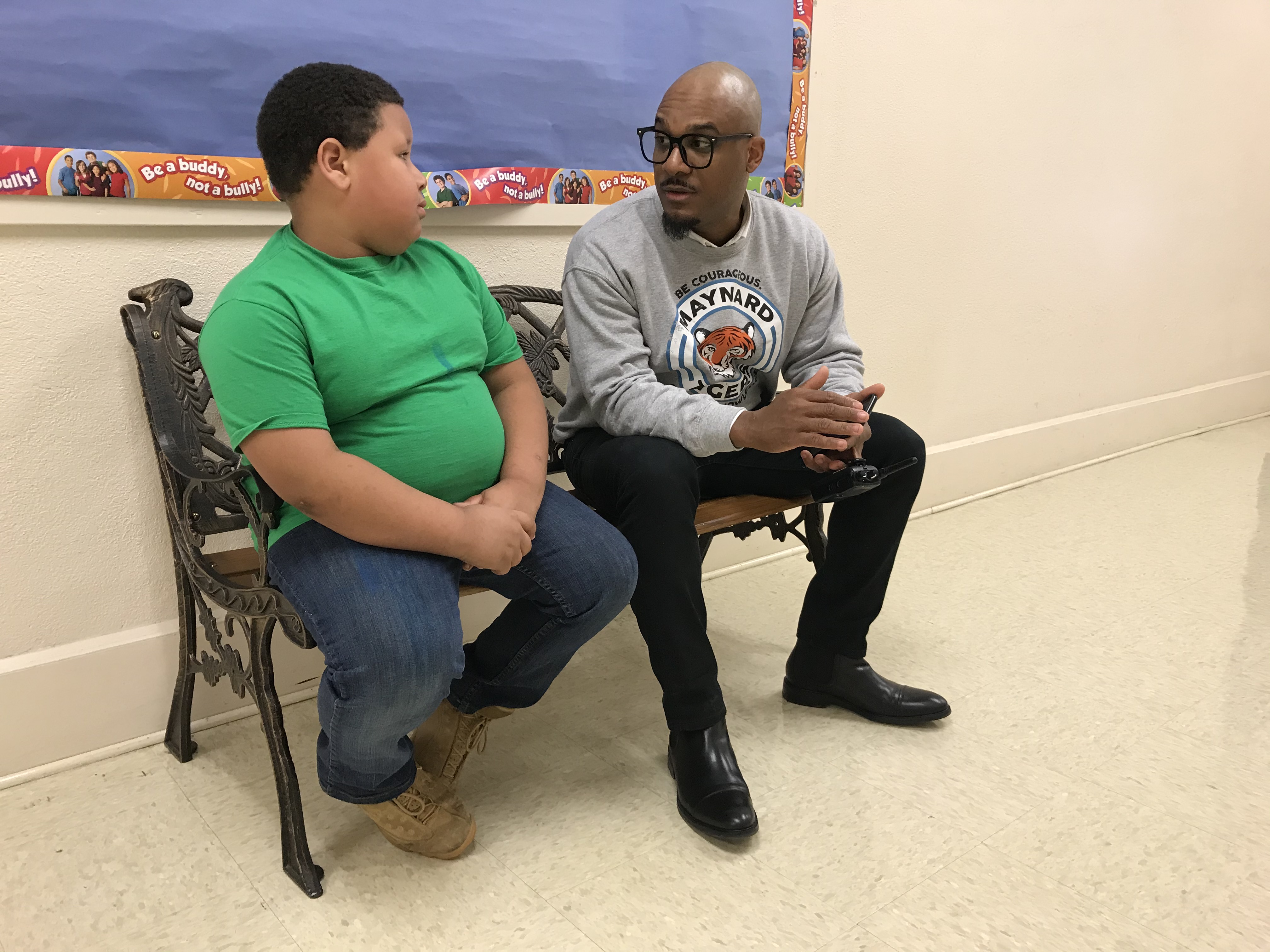 His musical talent brought Dexter Murphy to Knoxville and earned him acclaim, but Murphy’s second act -- as an educator -- was recognized this week during celebrations of the Dr. Martin Luther King, Jr. holiday.

In a summary statement, the Dr. Martin Luther King, Jr. Commemorative Commission said that while Murphy is not a native Knoxvillian, “his investment in the uplifting of this community has been consistent since first coming to East Tennessee.”

A native of Bolivar, Tennessee, Murphy came to Knoxville after earning a scholarship to play trombone with the University of Tennessee’s Pride Of The Southland marching band.

In an interview, he recalled the formative role of educators in his life: Ms. Helen Johnson was a teacher who combined warmth with high expectations, while his band director, Mr. Harrison, recognized his gift for music and pushed him to apply for competitions, while also making it possible to receive private instruction that he couldn’t otherwise afford.

“He pushed me outside my limit,” Murphy said. “When I would learn all the 12 major scales he said, ‘Let’s learn the minor scales now.’”

Equally important was the support of his mother, a single parent who never used that struggle as an excuse, and urged him to enroll at UT because it would give him a chance to understand a culture different than the one in which he grew up.

After playing at UT for two years, Murphy was invited to rehearse with a band called Gran Torino, which was playing local venues and weekend shows in Chattanooga. The band eventually began to tour extensively and gained a measure of fame when its song “Moments With You” was featured on MTV’s “The Real World.”

Murphy had left school to perform full-time but said a wake-up call came in 2002, when the band’s bus was driving in a rainstorm and was struck by a tractor-trailer that had hydroplaned. While Murphy wasn’t injured, he felt blessed to be alive and decided to go back to school to earn his bachelor’s degree in jazz piano, fulfilling a promise to his mother.

After graduation he began working as the music program director for a non-profit called Tribe One, which used the arts to support urban youth. In that role, Murphy began offering free time in a recording studio to young people who would commit an equal amount of time toward preparing for their GED.

As he got involved in the work of tutoring, Murphy’s wife, Nicie Murphy, recognized that he was well-equipped to work in a school setting. “She came over for lunch one day and saw me and said, ‘You’re a natural at this. You need to look into teaching,’” he said.

After earning his elementary licensure from Lincoln Memorial University, Murphy did a teaching internship at Pond Gap Elementary and eventually became a full-time teacher at the school.

He began calling his 5th-graders the “Murph Dogs”, an effort to build a family atmosphere that also helped students avoid negative behaviors.

“We were like, ‘That’s not what Murph Dogs do,’ … We just created this culture in our classroom,” he said.

From there, Murphy went on to work as a mentor teacher; an assistant principal at Vine Middle School and Sarah Moore Greene Magnet Academy; and principal of Green Magnet Academy.

In 2017 he became dean of the upper school at Emerald Academy, and in 2018 became principal of Maynard Elementary.

While his career as a professional musician may be in the past, the charisma of a performer is still evident, whether it’s in managing a school assembly, greeting a visiting dignitary or having a one-on-one meeting to encourage a student.

Murphy said at Maynard he’s emphasizing the importance of courage, reminding students that choosing knowledge and doing the right thing will provide them with opportunities.

“That’s what my Mom poured into me,” he recalled. “She would say, ‘I want you to get your education, you need to go back to school. I’m glad you guys are touring, but you need to go back and get your education because nobody can take that  from you.’ I feel like that’s my calling right now to inspire, motivate and be a role model for these kids, to see success that looks like them and understand it is possible.”