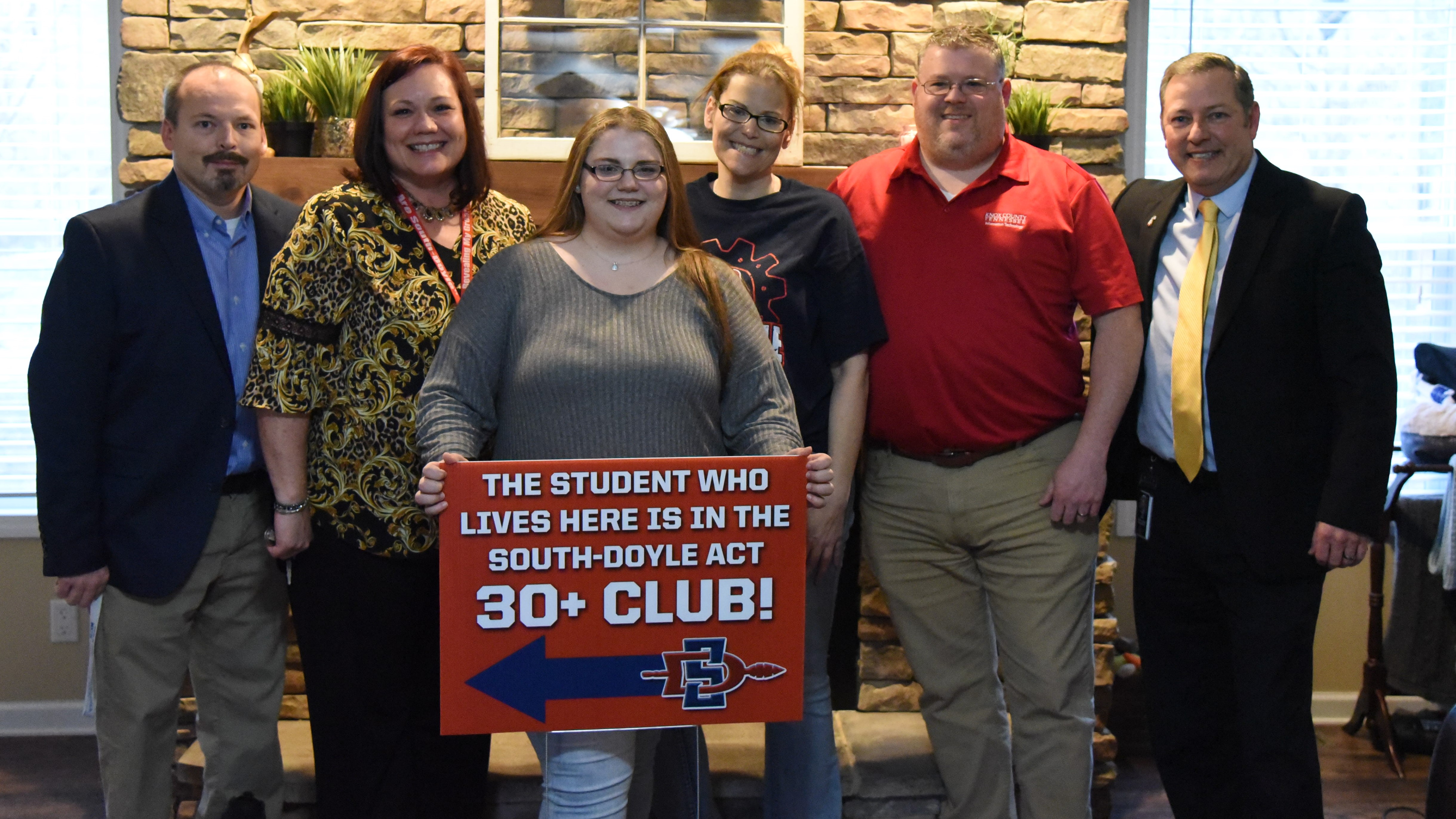 Being sent to the principal’s office isn’t always a positive outcome, but when three principals of South-Doyle High School knocked on the door of Kailey Garrison’s home, they came with good news -- and a cookie cake.

That’s because Garrison was the newest member of the “30-Plus Club”, an honor for South-Doyle students who score a 30 or higher on the ACT.

On a recent afternoon, Principal Tim Berry and Assistant Principals Denise McGaha and Michael Carter presented Garrison and her parents with the cake and a yard sign commemorating Garrison’s score of 31 on the national standardized test.

Garrison, a junior, is a member of the South-Doyle robotics team and plans to study engineering after high school. Her favorite subjects are the STEM classes -- focused on Science, Technology, Engineering and Math -- and she said biology teacher Kimberley Nixon has been particularly influential: “She was a really awesome teacher overall and helped me like and want to go further into the science categories.”

High schools across Knox County are working to improve ACT scores, which have a significant impact on post-secondary options and scholarship opportunities for students.

At South-Doyle, the 30-Plus Club is part of a multi-faceted push to boost achievement, including an ACT Academy that targets motivated students with the potential for improvement. The Academy includes a practice test, which leads to tutoring tailored to areas where each student needs to get better.

Carter, an assistant principal at South-Doyle, said the Academy meets for 7-8 weeks on Wednesdays and Saturdays, and also includes steps aimed at removing practical barriers to success.

At the beginning of the Academy, school officials make sure that students have completed their registration, and they prepare a notebook with entrance tickets for each student in case they forget their ticket on test day.

They also provide extra calculators for students who don’t have their own. Carter said that after a recent test, one student commented that it was the first time he had used a calculator on the ACT.

Steve Mosadegh, whose daughter Ava scored a 34 on the ACT, said she attended the Wednesday and Saturday sessions of South-Doyle’s Academy, and said it’s important to target instruction toward areas where a student is less prepared.

“It’s so smart, because kids these days don’t have big attention spans,” said Mosadegh, himself a teacher at South-Doyle Middle School. “If they see something redundant or something they already know, they’re going to lose interest in it.”

School officials have also worked to build awareness of student success. Besides the 30-Plus Club, South-Doyle has a trophy case that highlights every student who improved their score after taking the test multiple times.

Carter said steps like the display case and recognition on social media have generated strong interest in the ACT Academy.

For the Garrison family, the 30-Plus Club is affirmation of the success that Kailey has achieved.

Her father, Andy Garrison, is a mentor for the robotics team and her mother, Chrissy Garrison, said South-Doyle has brought out the best in her daughter.

“I’m more than proud,” said Chrissy Garrison. “She has worked very, very hard for it. It’s all her and I see nothing but a huge, bright future in whatever she wants to do.” 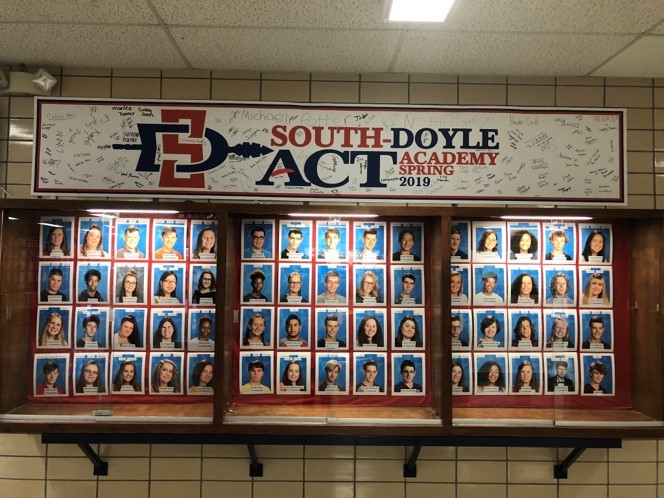