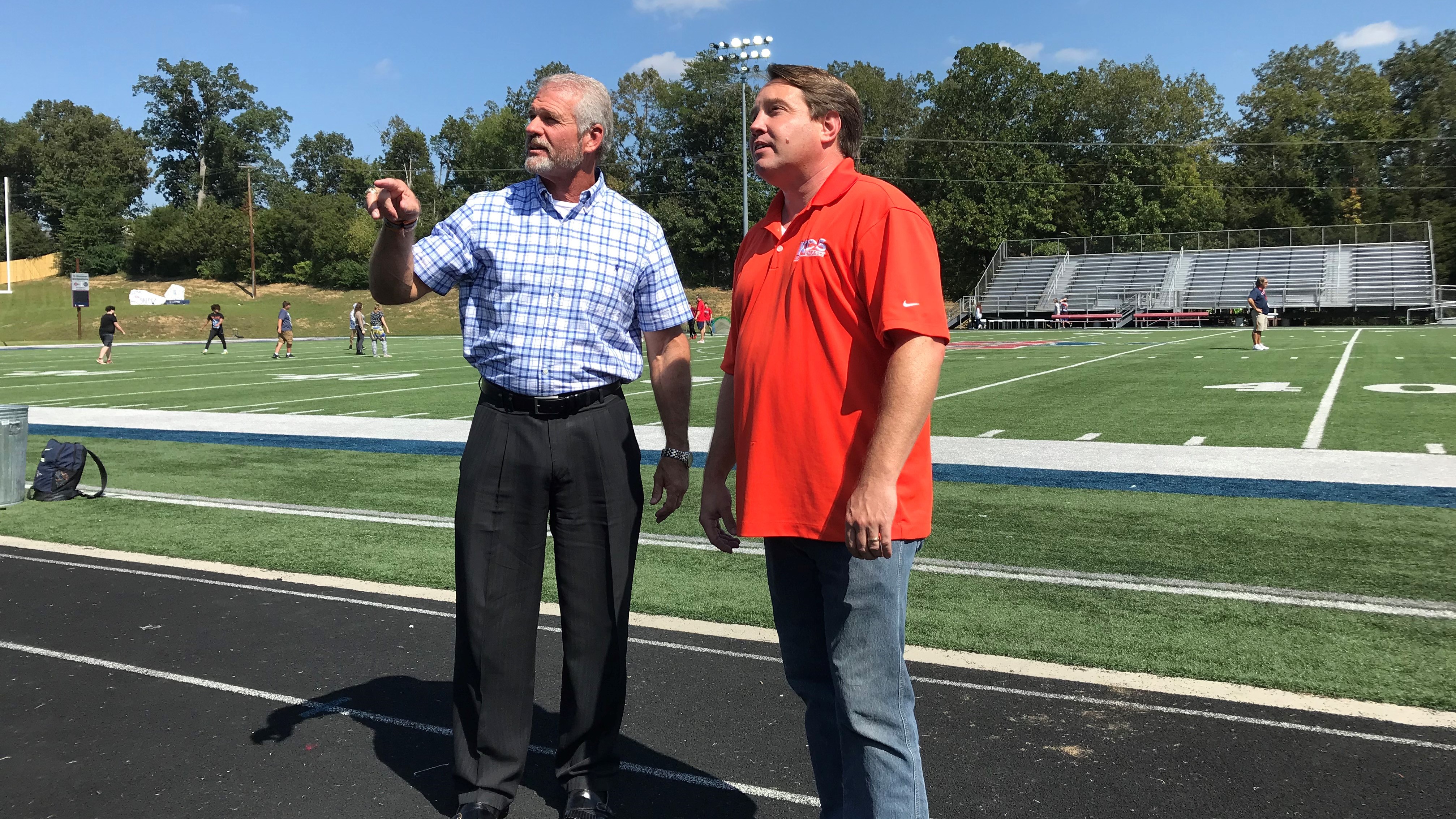 A project that aims to save energy and improve lighting for Knox County students is making a visible difference at high schools across the county.

Earlier this year, the Board of Education approved a proposal from Trane Technologies to convert school lighting to LED technology, using new and retrofitted fixtures. The $26.1 million project is fully self-funded through guaranteed utility and operational savings, and will replace existing lighting in classrooms, parking lots and other settings.

Perhaps the highest-profile change has come at athletic fields. Replacement lighting has now been installed at most of the district’s stadiums, and has not only resulted in improved visibility, but also provides additional features to promote school spirit.

Unlike traditional stadium lights which need to warm up, the LED system can be turned on and off immediately. The new system can also provide light-show style displays with multiple colors and patterns.

“There were times on our field that there were dark spots, at times it wasn’t lit well enough,” Duncan said. “We were told that the new system was going to be like daytime, and oh my gosh, it’s just like daytime. It’s like noon at nine o’clock. It’s amazing how well you can see.”

At South-Doyle, School Security Officer Michael Cain has worked with student leaders who asked to implement a light show after the third quarter of football games. With approval from administrators, students pick a song that is played as part of the display.

Cain said student attendance has risen this year, adding that “To me it makes Friday nights even better.”

Ultimately, of course, the lighting project is all about reducing energy consumption and providing savings for schools across the district -- even on the football field.

Zane Foraker, energy manager for Knox County Schools, said that instead of turning stadium lights on several hours before a game, coaches can now wait until they’re needed. After games, they can be automated to turn off at midnight. Most important, he said, is the cost savings from lower energy use.

“This is paid for with the energy savings. So over the term of the contract Knox County is not spending any money on these, they pay for themselves.”