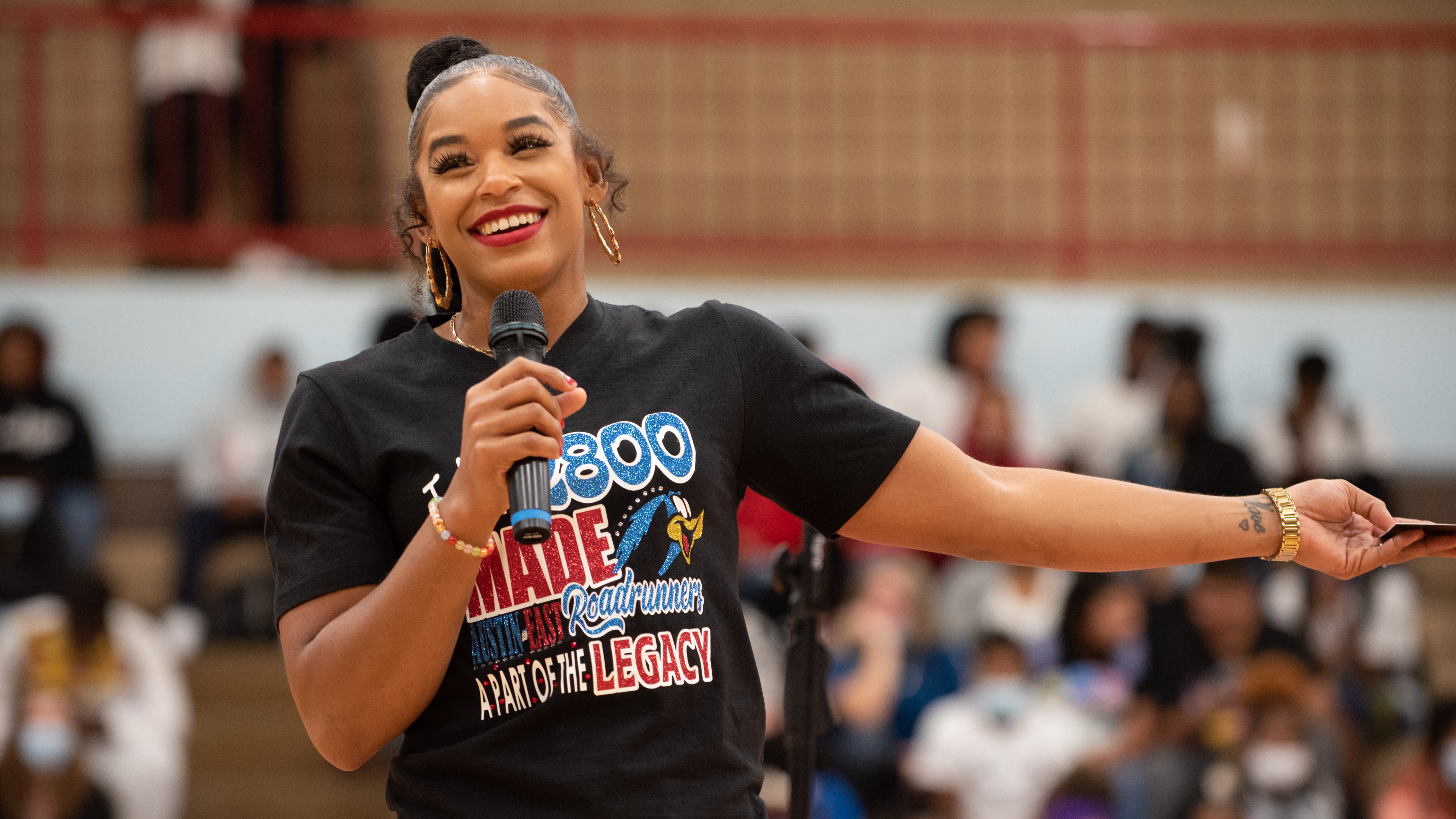 At a school pep rally on Thursday, WWE Superstar and A-E graduate Bianca Belair made a surprise visit, in advance of her appearance at the Friday Night Smackdown event at Thompson-Boling Arena on Sept. 17.

Belair graduated from Austin-East in 2007 and went on to a standout career as a track athlete at the University of Tennessee before joining WWE in 2016. She has emerged as a star this year, winning WWE’s Royal Rumble event in January and the Smackdown Women’s Championship at WrestleMania 37 in April.

Knox County Mayor Glenn Jacobs, who performed with WWE as Kane, also made an appearance at Thursday’s pep rally, wearing blue-and-red socks in honor of the Roadrunners.

Belair told students that she loved being a student at Austin-East, and wouldn’t have achieved her success without the school.

In an interview, Belair said the thing she remembers most about her alma mater was the camaraderie, adding that “I always say I’m 2800 made” – a reference to the school’s address at 2800 Martin Luther King, Jr., Avenue.