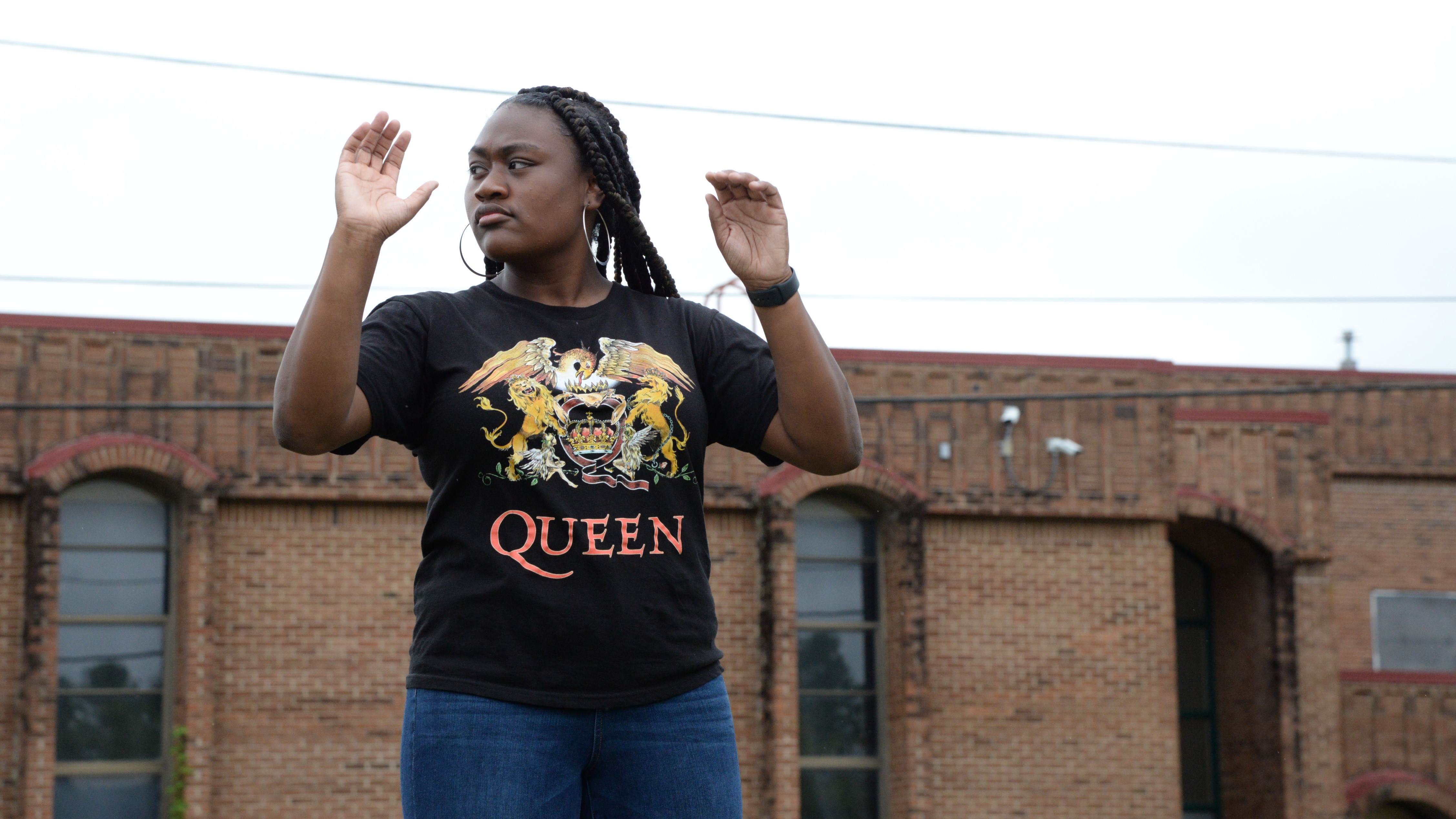 Jadejsha Arnold is one of two drum majors at Carter High School. Arnold, along with fellow drum major Ploomie Messer, has taken on new leadership responsibilities during an unusual school year.

The COVID-19 pandemic has posed challenges for schools across the country, but at Carter High School it gave a pair of student leaders the opportunity to step up.

Seniors Jadejsha Arnold and Ploomie Messer are the drum majors for the CHS marching band. That role always involves a significant measure of responsibility, but it became even more important this fall when CHS band director Spence Milligan had to step aside temporarily for a quarantine period.

Arnold and Messer took on a much larger role in teaching the marching portion of the show -- also known as “drill” -- and used Microsoft Teams to communicate with Milligan during practices.

“They taught two tunes worth of drill that they did over the last five days by themselves,” the director said. “Of course they had a [substitute teacher] out here with them, but they did the work. So it was really cool and shows you what kind of leadership they have.”

Arnold and Messer took different paths to the drum major’s podium, but each has thrived in a role that requires a combination of technical chops, people skills and leadership ability.

Messer grew up around music as the daughter of CHS’s former band director and current principal, Angie Messer. “Ever since I can remember, ever since I've walked, I've been surrounded by Friday Night Lights and with the band,” she said. “It’s just been really fun.”

She also noted that there’s a huge difference between playing in the band and taking on a leadership role.“When you're a leader like drum major, you’re kind of like the quarterback. You’ve got to see all the parts and you’ve got to make sure every part is moving to make it all ... come together and work right.”

That complexity is one of the biggest challenges for band performers, and Arnold -- who was a middle school choir student before switching to flute -- said it’s important for leaders to be prepared in advance for questions that team members might have.

While it can sometimes be challenging to provide instruction or correction, she said mistakes can make a big impact at competitions or performances: “It would probably be something small that we fixed in practice and we just slipped up on. But it’s still very seeable.”

Both drum majors have a background in athletics -- Arnold in soccer and track, Messer in softball -- and Milligan said that has helped them understand the importance of hard work and discipline.

“They constantly are cheering on the team with the band kids, just letting them know, ‘Hey, you’re doing great, let’s keep going.’” 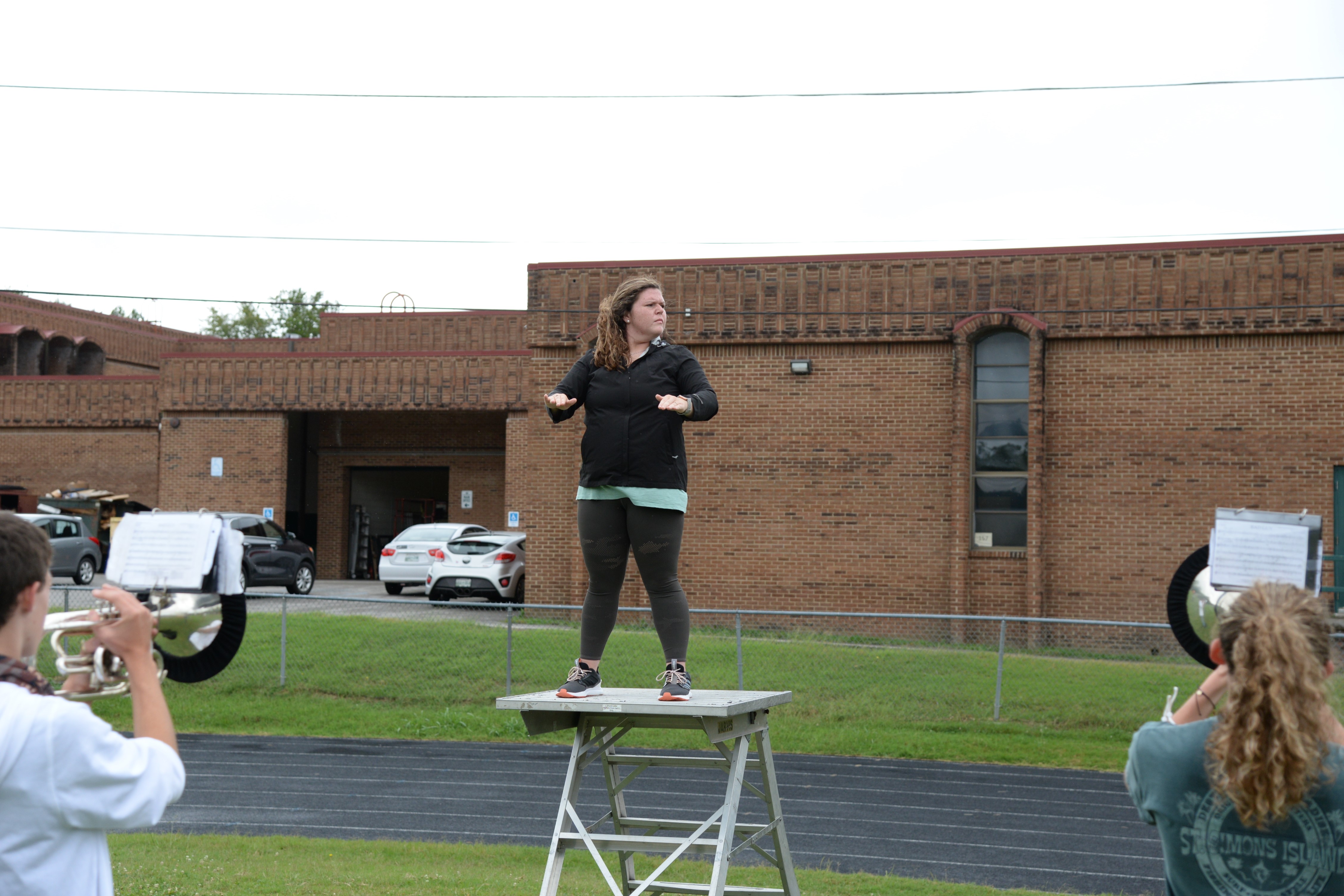 Drum major Ploomie Messer said the role is similar to being a quarterback: "You’ve got to see all the parts and you’ve got to make sure every part is moving to make it all ... come together and work right.”
Copyright © 2002-2021 Blackboard, Inc. All rights reserved.