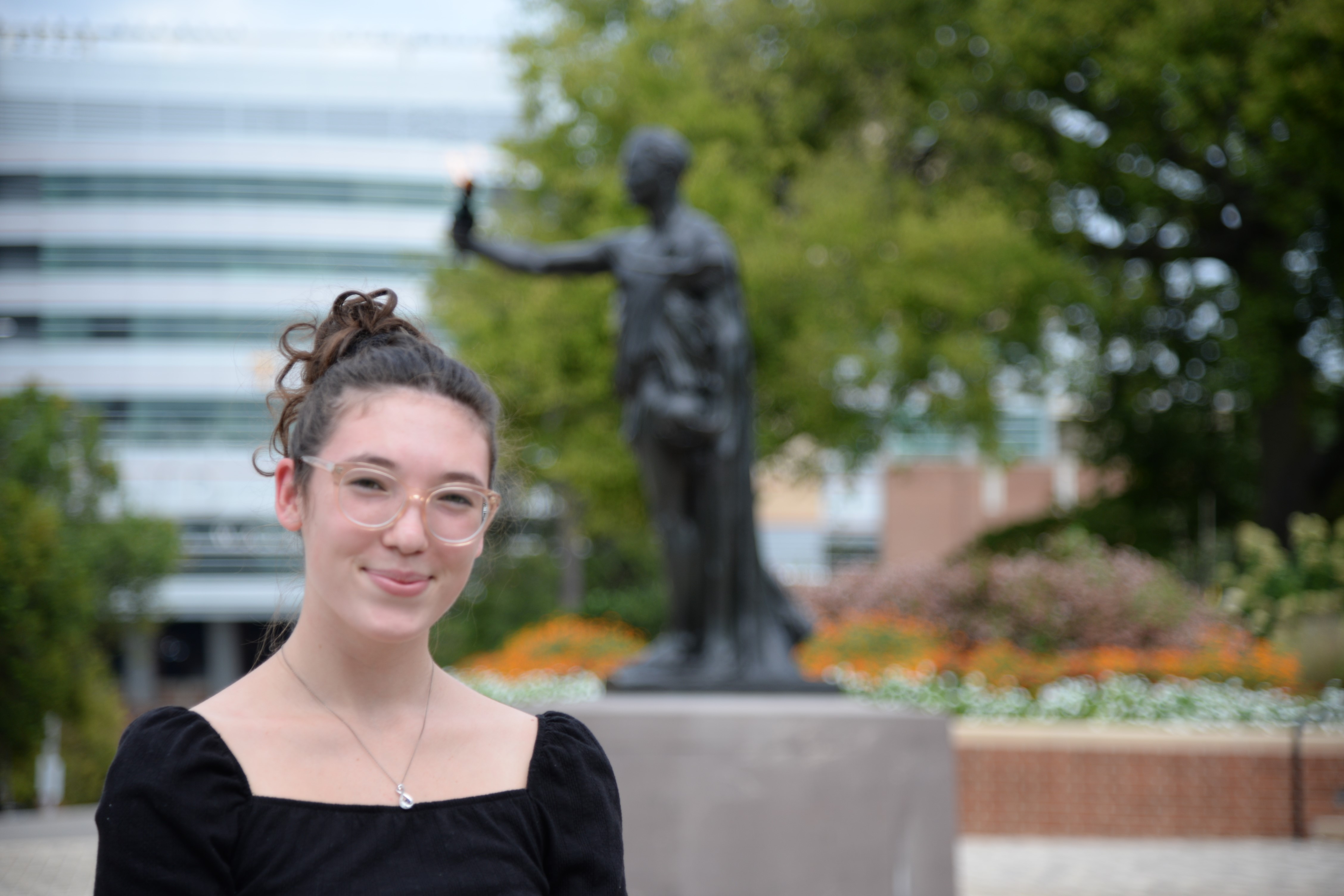 Christiane Alvarez was recently named one of this year's four recipients of the Peyton Manning Scholarship at the University of Tennessee-Knoxville.

A Bearden High School graduate who is hoping to combat addiction and substance abuse in Appalachia is getting an assist from a Rocky Top legend.

Last month, University of Tennessee-Knoxville freshman Christiane Alvarez was announced as one of this year’s four winners of the Peyton Manning Scholarship.

The award is endowed by the former UT quarterback, and has been given to a total of 45 students since 1998.

Alvarez graduated from Bearden last December, and is planning to study neuroscience and anthropology. Through a family member’s struggle with addiction, she met a variety of people who were in rehab and said she wants to help children and teenagers who are coming out of households marked by substance abuse.

“Seeing other people who struggle … once you see that you can’t really turn around and turn a blind eye, especially if I have the ability to do something about it,” she said. “That’s why I’m going to college, that’s why we learn and study so we can get in positions to help those that we couldn’t before.”

Alvarez is hoping to become a research scientist, and has already done internships at UTK and the Oak Ridge National Laboratory, as well as volunteering at Susannah’s House, a Knoxville-based outpatient recovery program for mothers.

Alvarez and the other winners will participate in UTK’s Haslam Scholars program, which provides a full scholarship as well as leadership training and the opportunity to study abroad.

This year’s winners were honored in a Zoom call on Aug. 17, featuring the students, their families, UT leaders and Manning himself.

While not necessarily a sports fan, Alvarez said she has great respect for Manning because of his commitment to making a difference, and said that while speaking to the former quarterback on Zoom, “I was thinking to myself, ‘I’m going to remember this conversation for the rest of my life.’”

She also experienced Manning’s attention to detail, which became famous during an 18-year career in the NFL.

“He said my name, and the best part is that no one ever pronounces my name right -- and that’s okay -- but Peyton Manning pronounced my name right!”  (Alvarez explained that her first name is pronounced like “Christianity”, without the “-ity.”)

Buckner, who taught Alvarez in AP calculus, said her former student was not only an outstanding scholar, but a humble person.

“She would never ever talk about how good she was at math or this or that or the other, she was just so appreciative. When she would leave the class she would always say thank you, and they don’t all do that.”

Alvarez also recalled that in her early years at Bearden, she visited with guidance counselor Beverly Anderson and told her about the things she wanted to do, like attending UT, working at ORNL and volunteering with a nonprofit.

“And now I get to turn around and tell her, all of those things we talked about, they actually came to fruition.”