Date: 12/15/2014
News Release Number: 14-177
An article written by Ashlee Holtzclaw, a junior at South-Doyle High School, will be placed in the Library of Congress in Washington, DC. The article is a result of a competition in the Advanced Journalism class taught by Cammie Lawton, following the announcement of a South-Doyle High School student, Junior ROTC Senior Cadet Jacob Hale, being awarded the Legion of Valor Bronze Cross Award last month.

Lawton challenged her aspiring journalists to write a news article about the presentation of the Bronze Cross Award. The class voted on the best developed article, and Holtzclaw’s article was selected. Through LTC William Woodcock, Senior Army Instructor at South-Doyle High School, the article has been sent to the Legion of Valor of the United States of America, Inc., which will place the article in the Library of Congress. The article also will be posted on the Legion of Valor organization’s website.


According to correspondence from the Legion of Valor, the student’s article and other news items about the Bronze Cross Award presentation will be “sent to the Library of Congress to be entered in the records for historical purposes.” The Library of Congress is the oldest federal cultural institution in the U.S., is the largest library in the world and serves as the research resource of the U.S. Congress.

South-Doyle Cadet Continues on Path to Greatness
On November 20, 2014, Jacob Hale, a senior JROTC cadet at South-Doyle High School, received the Legion of Valor Bronze Cross Award. He obtained this award through demonstrating excellence in military, academic and community affairs over the past four years.

There are 310,000 cadets that make up the JROTC program worldwide, and only 28 of those have received this award. Hale is the first and only cadet from South-Doyle to ever receive this honor.

On Thursday afternoon at 2:30 pm, a formal ceremony was held on the Young Campus to recognize Hale on his accomplishments. Attendees were family, friends, fellow cadets and several dignitaries including Knox County Mayor Tim Burchett.

During the ceremony, LTC Bill Woodcock said, “Hale could be described in three words- scholar, athlete and, most importantly, leader.” He went on to say that not only was he pleased Jake was presented with the award, but that he believed it was a school-wide win as well.

After accepting the award, Hale stated, “This award doesn’t belong to me,” and he credits most of his success to the people that have encouraged and helped him throughout his high school career.
In addition to the Bronze Cross Award, he also received a full, four-year ROTC scholarship to the college of his choice, and plans to attend Texas A&M after graduation. Administrators, teachers and students all agree on one thing- South-Doyle High is fortunate to have Jacob Hale represent the school in such positive ways. 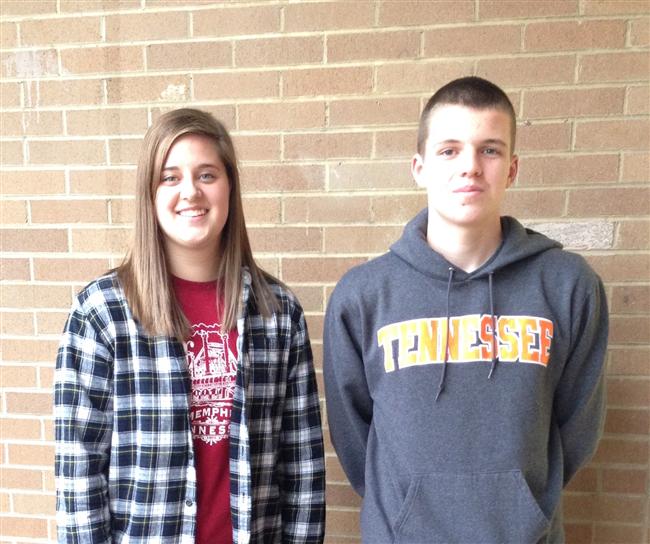