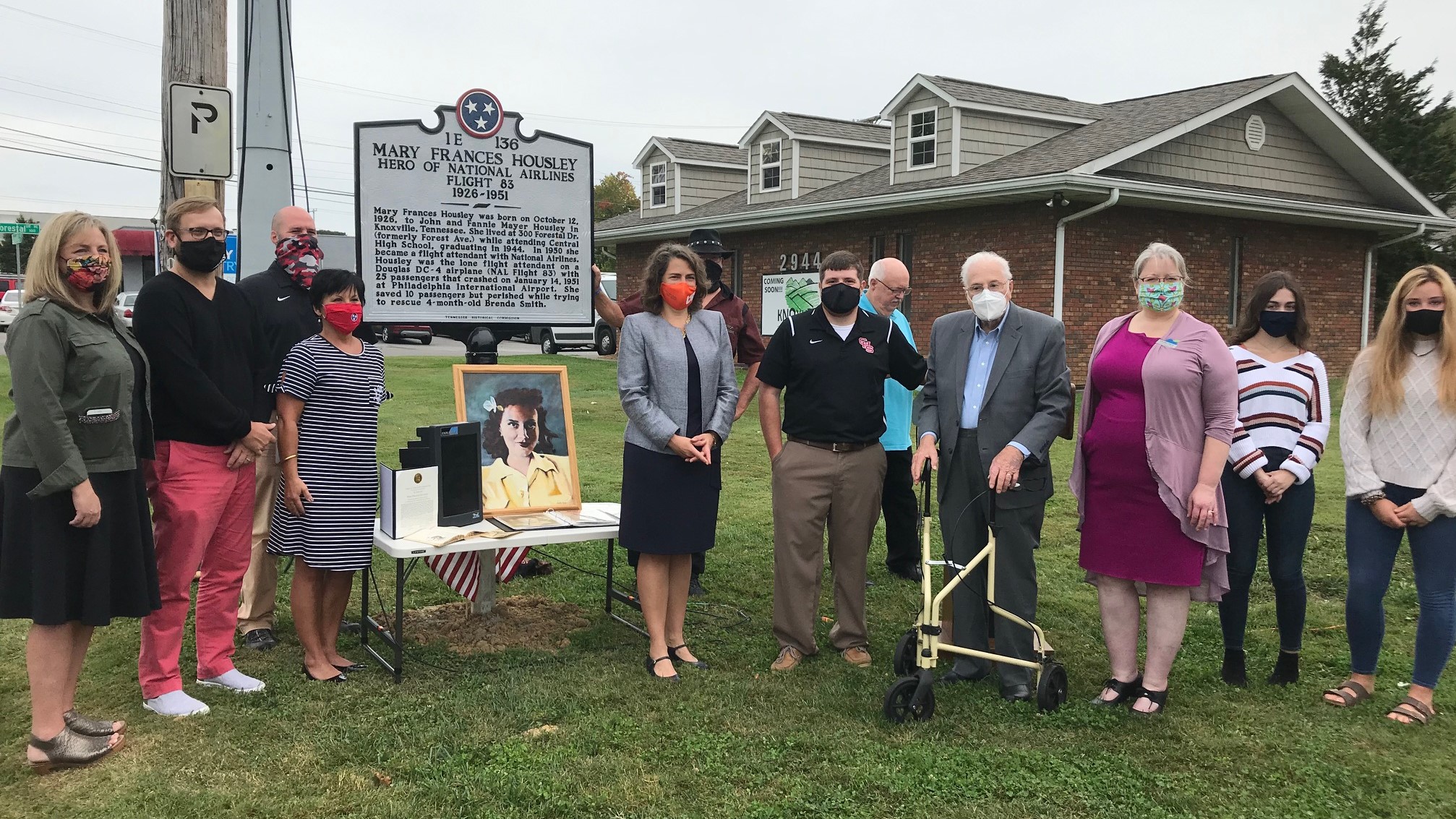 Community leaders gathered on Oct. 9 to remember Mary Frances Housley, a Central High School graduate who died in 1951, while rescuing passengers from a plane crash.

Members of the Fountain City community gathered on Friday morning to celebrate the heroism of a Central High School alumna who died nearly 70 years ago.

Mary Frances Housley graduated from Central in 1944 and went on to work as a flight attendant for National Airlines.

On Jan. 14, 1951, the 24-year-old was the lone flight attendant on a flight from Newark, N.J., to Philadelphia, Pa., which crashed upon landing during icy conditions.

Housley helped 10 passengers escape from the burning plane, and her body was later found inside the aircraft, shielding a 4-month-old girl who could not be rescued.

At a ceremony on Oct. 9, CHS health science teacher Chris Hammond and students from the school’s HOSA / Future Health Professionals club unveiled a historical marker along Tazewell Pike, near the corner of Forestal Drive.

During the ceremony, Hammond shared the story of that day in 1951, and thanked community donors who provided funds to commemorate “a hero that was forgotten, but is now remembered.”

“I hope that her sacrifice and her story will continue to inspire young men and women in future generations,” Hammond said.